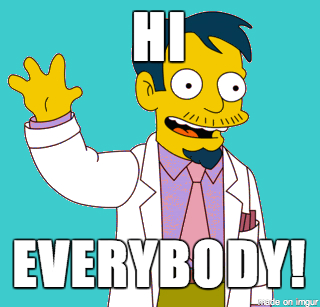 So this blog has gotten no love in over five months, and it has actually been offline for the past two weeks. (Please note that Yahoo Small Business web hosting sucks. I wasted many hours on the phone with those guys repeatedly trying to verify who I was before repeatedly telling me they couldn’t help me.)

This wasn’t just benign neglect. I was intentionally ignoring this place while I was running for Congress.  Any writing I was doing was in the service of the campaign, and I didn’t really want to explain to potential constituents why I operate under the pseudonym of “Stallion Cornell.” I even changed my Twitter handle from StallionCornell to jim_4_congress. (I have since changed it back, but when I’m not campaigning, I don’t really tweet much.)

So, yes, I ran for Congress under the banner of the new United Utah Party, and I had to sue in Federal Court to get on the ballot. I ended up persuading over 13,000 people to leave their tribal politics behind and vote for me, earning over 9% of the vote. That’s the highest percentage for any third-party congressional candidate in Utah history. I was also the first non-Republican/non-Democrat to participate in the official televised debate, which you’re welcome to watch in its entirety below:

I’m the guy in the middle, and they had to raise the podium to accommodate me. It was a lot of fun, actually, although perhaps the most nerve-wracking experience of my life.

But anyway, it’s all over, and now I’m getting deluged with variations of two questions:

I’m proud of the race I ran, yes, and I don’t think I embarrassed myself. At the same time, I’m not particularly happy about losing. When I tell people that, they tell me I shouldn’t have expected to actually win a third party run, and they’re probably right. Yet there’s no way to conduct a credible campaign if you’re not running to win. You can’t wake up in the morning and hit the hustings hard if your only goal is to get 9% and go down in flames gracefully.

It was weird, too, to have people complain that the United Utah Party was trying too hard to win. One guy wrote a whole op-ed about how he was excited about this new party until he saw that I wasn’t willing to concede the race to my Republican opponent before the ballots were cast, and it was somehow unseemly that I was actually competing.

Another guy wrote that we should “take it slow” and “plant the seeds” and not expect to win elections for years, maybe even decades. Yeah, that makes a lot of sense. It’s what the Libertarians have done since 1972, and look how well it’s done them. Fact is, you can’t “take things slow.” You have to swing for the fences from your first time at bat. Granted, most people who swing for the fences strike out, but every once in awhile, they hit a home run.

So to answer #2 – yes, I would very much like to run again. I had a great experience, and I think I tapped into a hunger for an alternative to the broken two-party stalemate. But whether I do or not will depend on a number of factors. The first is, will I have the resources to compete? I was outspent by a ratio of over 10 to 1 by both the Republican and the Democrat, and I’m not willing to jump into another race and be forced to bootstrap it in the same way.

I’m also not interested in being a sacrificial lamb. I’m not going to run to make a statement or plant seeds. If I run again, it will be in a race that I am confident I can actually win.

In the meantime, I’m not currently writing for the Deseret News – they understandably wouldn’t let candidates write for their paper –  but I do have a new gig as a contributor to The Jack News, a new website with a mission “to reevaluate political happenings and current events with an eye for factual response and at times a little humor and satire.”

Here are a couple of my latest pieces from other there – one about Al Franken who I have disliked intensely for many years prior to his current scandal, and another about the Justice League movie, which I haven’t yet seen. (No, it’s not a review.) I’ll post other links as they become available.

Beyond that, I’m trying to get my bearings and figure out what the next step is. While I’m doing that,  I’ll probably have more time to bring this blog back from the dead. I’be now been at this for more than a decade. That’s an eternity in Internet years.

But that’s no thanks to Yahoo Small Business. Seriously, they’re the worst.

The Politics of Will Rogers
A Pardoned Turkey's Dumpy Fate