The surviving children of Abraham Lincoln are Robert and Thomas, the first of which is about twenty-three years old, a graduate of Harvard College, and is a young man of modest and agreeable manners, quiet, and with a very good share of his father’s sagacity and kindness.

So wrote Noah Brooks, a White House reporter during the Civil War, in his1865 book “Lincoln Observed” about life in Lincoln’s White House. Brooks’s glowing portrait of the elder Lincoln son is not matched by his dismissive description of his younger brother:

The youngest son is a little more than eleven years old, and was nicknamed “Tad” by his father when a small boy, which nickname was an abbreviation of “tadpole,” the youngster reminding his father of that creature in his short, dumpy shape.

That must have been quite a conversation.  “Hey, kid, I’m going to call you Tad, because you’re short and dumpy.” Honest Abe may have been a little too honest on this occasion.

But despite his dumpiness, Tad’s contribution to America’s Thanksgiving public traditions will not soon be forgotten.

The President was passionately attached to his boys, and seldom went anywhere without “Tad,” of whom he told me an amusing anecdote on the last election day. About a year before a live turkey had been brought home for the Christmas dinner, but “Tad” interceded in behalf of its life, and carried the case up to the Executive Chamber, securing a stay of proceedings until his father could be heard from. The argument was that the turkey had as good a right to live as anybody else, and his plea was admitted and the turkey’s life spared. The soldiers on duty about the house made a pet of the bird, and on last election day the boy came tearing up into his father’s room to call his attention to the fact that the soldiers were voting. Noticing the turkey among them, the President asked “Tad” if the turkey was voting, too; to which the boy promptly responded – “Oh, no; he isn’t of age yet!” The indulgent father thought that reply was a great deal better than many of the so-called Lincoln stories.

Yeah, not bad for a dumpy kid.

This account is the source for the claim that Lincoln began the tradition of pardoning Thanksgiving turkeys, but the facts here make that dubious. In the first place, this was a a turkey “brought home for the Christmas dinner,” not Thanksgiving. It survived at least until the next year’s election, which would have been roughly concurrent with the Thanksgiving celebration that Lincoln had first designated the year before.

Thus, since the bird received no formal pardon, there would have been no legal obstacle to slaughtering, basting, and consuming it, complete with stuffing, a year after Lincoln’s dumpy son spared its life. That turkey’s ultimate fate, however, remains lost to recorded history.

Later presidents have offered similar reprieves, but none of them carried the force of law until 1989, when President George H.W. Bush began the process of offering an official pardon. Every president since has kept with tradition. This year, President Trump pardoned a turkey named Drumstick, who the president predicted has “a very bright future ahead of him.” 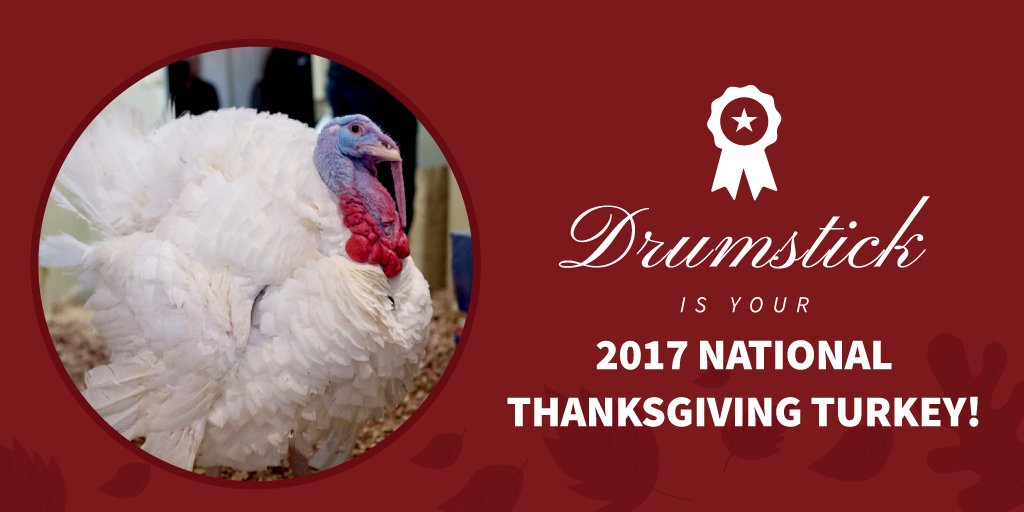 Drumstick, like Tad, is pretty dumpy. He’s a 37-pound bird who has been genetically engineered to live fat, die young, and leave a tasty corpse. It turns out that he and his other pardoned turkeys tend to drop dead of dumpy causes not long after their official reprieves.

John Stossel commented on this phenomenon in a report during George W. Bush’s administration:

Bush made this promise to the two turkeys [he pardoned]: “They will live out their days in the comfort and care of Kidwell Farm in Herndon, Virginia.”

… I visited Kidwell Farm to see how the turkeys pardoned in previous years were doing. I looked for some of the birds pardoned by Clinton, but couldn’t find them. I couldn’t find the Bush Sr. birds, or the Reagan turkeys, or Carter’s, or any of the pardoned birds.

There is a sign saying Turkey Pen, and farmer Marlo Acock took me to it. But the pen was empty. Why? Well, the birds do come here, explained Acock, but they don’t last.

“We usually just find ’em and they’re dead,” he said.

Most of the pardoned turkeys only last a few months, Acock said. One died within days.

It seems that the presidential birds, bred to be eaten, are so fat that by the time of their pardon, their days are numbered.

“Their flesh has grown so fast, and their heart and their bones and their other organs can’t catch up,” said Acock.

Trump joked about the idea of undoing President Obama pardons of turkeys Tator and Tot, respectively. “”I have been informed by the White House counsel’s office that Tater and Tot’s pardons cannot, under any circumstances, be revoked,” Trump joked. “So, Tater and Tot, you can rest easy.”

Or, more likely, rest in peace.