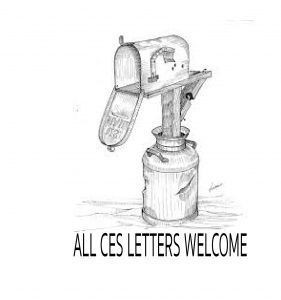 I published “A Reply from a Former CES Employee,” my magnum opus in Mormon apologetics, on April 1, 2016, which, in hindsight, was probably not the best date to release something that I wanted to be taken seriously. That said, I have been deeply gratified by the response I have received. All told, it has been viewed tens of thousands of times, and I have gotten a large number of kind emails from those who found it helpful in their attempts to find answers to the objections raised by church critics.

We’ve never met but as I just (literally 2 minutes ago) finished your “A Reply From A Former CES Employee”, I wanted to drop you a line a say a HUGE thank you for what you’ve created…  I have already been able to use info from your “CESReply” in conversations and it’s been great. Surely I will time and time again.

I just finished reading your reply to the CES Letter. I found it wonderful. I met with the missionaries about 7 months ago and stopped after reading the CES Letter. I intend to start again. I can’t say I will convert, but I have a lot less reason not to now.

Thank you for your reply to the “CES Letter”! I’ve gotten through the answers to 6 questions. Superbly brilliant! Funny, easy to follow, well-reasoned!

Don’t know if I’ll ever get through all 251 pages, but just know of my gratitude for your efforts!

I found your blog/letter through Cougarboard.com of all places. Just want to say thank you. It was a fun and inspiring read. I couldn’t put it down. Truly grateful that you took the time to do this and I can assure you that your original purpose (“if this helps even one person…”) was fulfilled.

These messages are deeply humbling and heartwarming, and I want to express my gratitude to all who have taken the time to write to me, as I don’t think I’ve adequately responded to all of them personally. I’ve received many, many more responses similar to these, as well as a fair number of nasty notes from people who insist that I’m suffering from massive cognitive dissonance and am, in many ways, a terrible human being. You’ll be pleased to know that the kind messages outnumber the vicious ones by a ratio of roughly 10:1. Or, if you hate the Church and want to see it burn,  you’ll be upset to learn that the response I’ve received has been much more positive than negative.

I thought, then, that as I pass the one-year anniversary of the CES Reply, I thought it appropriate give a summary of the whole experience thus far.

Perhaps the most profound praise I received was from my father, who suffered a stroke on April 11 of last year, ten days after my reply went online. He passed away less than a month after that.

Dad read the whole thing from beginning to end, and he was thrilled with it. It may well have been the last thing of any length that he read in this lifetime, and it dovetailed with his own apologetics efforts that were the subject of his final sermon, delivered the evening prior to his ultimately fatal stroke. As such, the CES Reply will always be connected, in my mind, to my father’s final days, which were a precious time of family gathering and love.

People continue to ask me whether or not Jeremy Runnells, the author of the CES Letter to which I replied, has in any way acknowledged my response. To my knowledge, he has not. He has a full section on his website tabbed as “Debunking,” which is primarily aimed at Fairmormon.org, and it references a couple of other articles. My reply is not mentioned. It is, apparently, unworthy of debunking. I have received second-hand reports that he tells people that I didn’t answer any of his questions and spent all 110,000 words of my response merely cracking jokes and attacking him personally.

That last accusation has been made several times, yet my accusers can never provide me actual examples of ad hominem arguments against Jeremy. That’s because they aren’t there. I don’t expect my critics to concede this point, but I will reiterate my challenge to any reader – if you can find a single instance of a place in my reply where I either insult Jeremy or attack him personally, please call it to my attention so I can remove it immediately.

Perhaps most notably is that this experience has also exposed me to the desire, both in and out of the Church, to find immutable, irreducible truths that are only open to a single, self-evident interpretation. For Runnells, that desire means that there is no other explanation for his lack of knowledge about Joseph Smith’s rock in a hat other than an extensive campaign of deliberate deception by Church leaders. For some active and believing members, that desire means that no prophet has ever made a consequential mistake. For me, it shows that those who harbor this desire are pining for a reality that does not and cannot exist.

Any truth of any significance invites scrutiny and can be interpreted in a variety of ways. That’s why Republicans and Democrats can both read the Constitution and believe they are interpreting that document correctly yet still come away with diametrically opposite conclusions. The desire for irreducibility leads partisans to assume the absolute worst about their ideological opponents  – after all, if Democrats/Republicans could see the truth, they’d know the Second Amendment absolutely doesn’t/absolutely does guarantee an individual right to bear arms. If they don’t see that truth, then the must be either imbeciles or demons.

It’s also fascinating that thousands of different churches have sprung up over the centuries, all of which are devoted to the truth that Jesus Christ is the Son of God and the Savior of the World, and yet most of these churches are quick to disavow other churches who dare to interpret that truth in even slightly different ways.

The CES Letter, then, relies less on factual falsehoods and errors than on hostile interpretation of a common set of facts. In every instance where Jeremy Runnells sees an event or a doctrine that lends itself to different points of view, Runnells assigns the worst possible motives to the Church and the best possible motives to its critics. Joseph and Brigham apparently never made an honest mistake or were subjects of misunderstanding or misrepresentations. Every defender of them is a hopelessly biased and brainwashed dupe, whereas every critic is above reproach with no hidden agenda. Every mistake by church members or leaders should be amplified, and everything they did and do right should be completely ignored.

I do know that the quickest way to get banned from Jeremy’s Facebook page is to reference my reply. The minute it is mentioned, the comment is deleted, and the user is blocked. I have not made the mistake of personally commenting on his page, but I have been in the room when other have commented, and I have watched the comments disappear and the banning take place in real time. (This was shortly after I published my reply, so things may have changed, but I doubt it.) I think that demonstrates that Jeremy is less interested in open discussion than he is in perpetuating the narrative that his questions have never actually been answered and are, indeed, unanswerable.

The whole point of my reply was not just to provide my own answers to Jeremy’s questions, but to demonstrate that the questions are answerable. That is not the same thing as saying that my answers are in any way definitive, or even that my answers are correct. Rather, it’s to highlight the reality that one can confront thorny issues in church history and doctrine and still come out with a testimony on the other side. Furthermore, you can do so without having to set aside reason or rationality to preserve your faith.

Your answers may differ from mine, but I hope that if I’ve done nothing else, I’ve demonstrated that there’s no need to be afraid of the questions.

The True Magnitude of the Trump Train Wreck
Various and Sundry