This morning, I was recounting what I thought of last night’s debate to a woman who became frustrated that I wasn’t saying anything about Paul Ryan’s performance. Enough about Biden, she kept asking; how did Ryan do? 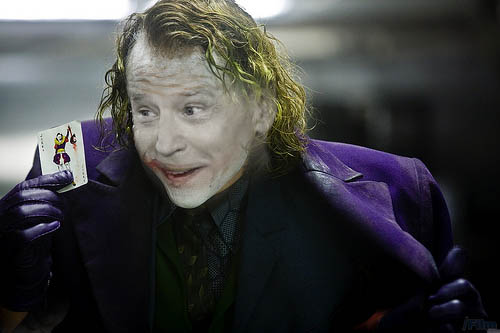 So here’s the deal. If you went into that debate furious with the GOP, and crestfallen because the president let Mitt Romney slide to victory on a blizzard of lies, then Biden was your guy. He was pointed; he was nasty; he wouldn’t let Ryan get a word in edgewise. He giggled and laughed his way through the whole thing, even as they talked about things like Iran getting a nuclear weapon (*Ha ha! Ho ho!*) or diminishing job growth (*Hee hee! Stop it, you’re killing me!*).

If that’s what you were hankering for, then the veep won, no contest. I can’t imagine anyone else seeing it as anything but reprehensibly and inexcusably rude. But what does that matter? Ryan, Romney, and the Republicans deserve to be shouted down. All they do is lie anyway. They want to destroy the planet, confiscate your womb, starve old people, murder Mexicans, nuke Arabs, and “put y’all back in chains!” Respect in the face of villainy is no virtue; rudeness in the face of evil is no vice.

We’ve come a long way from 2000, when audible debate sighs from Al Gore were enough to derail his candidacy. Biden didn’t just sigh. He cackled. He snorted and sniggered. I half-expected him to break out with a string of armpit farts. Is there a single Republican who could have gotten away with an adolescent display like that? I find it disturbing that Democrats not only excused that performance but actually embraced it.

So how did Ryan do, in the face of all that? Fine.

CNN’s flash poll afterward gave him the victory, 48 to 44 percent. CNBC said he won, 56 to 36 percent. CBS’ poll of undecided voters gave Biden the edge. In the end, all that means absolutely nothing. Frank Luntz held a focus group of undecideds and asked how many of them had changed their mind about the race as a result of this debacle. Not a single one of them raised their hands. This contest threw some read meat to a desolate lefty base, but it was unwatchable for everyone else. Indeed, the early ratings indicate that it was seen by half as many people as 2008’s Biden/Palin lovefest, which featured a far more measured performance by the Joker without his makeup on. It didn’t move the needle at all, even though Mr. Biden’s Wild Ride undoubtedly unnerved people who think sanity is a prerequisite for the Vice Presidency.

Curiously, however, Biden literally didn’t used the word “literally” once. Perhaps he was too busy literally beating his chest to literally hold the future in his hands.

By the way, I can’t remember a single thing either one of them actually said.