I’m going to put this out there, even though someone might steal it. It just so happens that I have a foolproof plan to make over $100 billion per year – tax free!

It starts by building an island in international waters.

Building an island shouldn’t be too hard. All I need is some heavy industrial waste that I can pile into a mountain under the sea. Many people are trying to get rid of their heavy industrial waste, so if they’d just be so kind as to dump it in the middle of the ocean where I ask them to, I’d be more than happy to take it off their hands. I’d be more than happy to use an island nobody else is using, but I think everything’s pretty well mapped out now, and if I were to discover something, some other country might try to claim it. That’s no good. For this plan to work, I need a space that I can call my very own. I figure an island made of old cars and cement blocks will do nicely.

Once the island is built, I will claim it as the sovereign nation of Stallion Cornell.

I’ll probably need some kind of force field or ray gun to protect my claim, but I won’t be able to invent those until I start rolling in dough. (I admit, the lack of initial ray gun and force field funding is one flaw in an otherwise airtight strategy.) But the money should start coming in soon enough.

Once I have an island, I simply install a tube that reaches all the way down to the center of the earth. That sounds harder than it probably is. After all, I just built an island from nothing. What’s one more tube? Granted, this tube will have to be specially modified to automatically refine oil as it passes upward, but there are engineers who can handle those sorts of details. I’m the “Big Picture” guy, so I’m not too concerned about that.

With the tube installed, it will provide a virtually unlimited supply of free refined gasoline with no marginal cost. So then I will buy one of those gasoline handles they use at service stations, and I shall set up an automated process whereby tankers zoom up to my island, dock, and fill up with gasoline, for which I charge them a measly $1 per gallon. No other source of gas will be as cheap, so every tanker in the world will line up to gas up with the Stallion Cornell goods. So I sell at least 100 billion gallons a year, and all the money comes into the Bank of Stallion Cornell, which is incorporated on my cinder block island, so the tax laws are very lax, indeed.

With all that money, I pay myself a nominal salary and expense everything else. So the Stallion Cornellese government buys my house, my fleet of cars, my private jet, and my $49 million mansion at 973 5th Avenue, which used to be the LDS mission home back when my grandparents were mission presidents in Manhattan. (That’s right – I’ve run up and down that grand staircase many a time before I hit double digits, agedly speaking.) 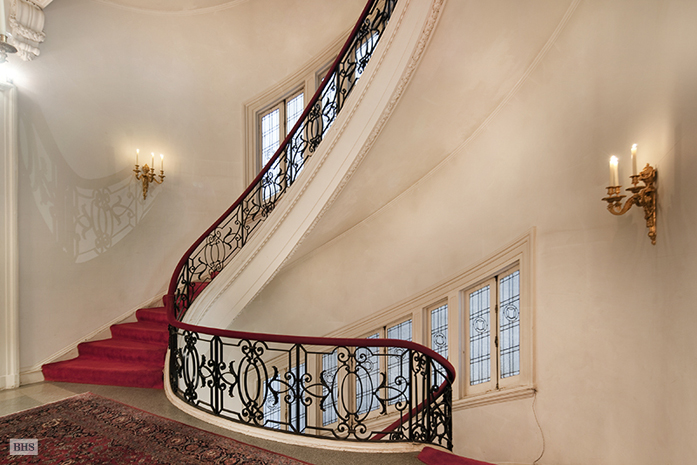 That will be my base of operations as I funnel in ludicrous amounts of money to every cause and project that strikes my interest. I’ll donate at least a billion dollars per year to stem cell research on behalf of my daughter, Cleta. I’ll create a theatre district in downtown Salt Lake City where they’ll produce my musical, Neverland, along with other vanity projects that nobody will be able to stop. I may buy Simon and Schuster and publish whatever crap I decide to spew out on whatever whim strikes me. I’ll donate zillions of dollars to SuperPacs that support non-Tea Party, mainstream Republican candidates. And the best part is that nobody will know I’m a multibillionaire, because all the checks will come from this faceless Stallion Cornell Oil Company that cannot be taxed in the United States. (Except that might make political donations hard. Maybe I’ll rethink that. I’m sure there’s a loophole somewhere.) So I won’t have to worry about every sad sack hitting me up for cash. Get your own self-refining-oil-producing-earth-core-pipeline in international waters!

I’ll buy HBO and fire Bill Maher. I’ll run non sequitur television ads that say “blue is for chocolate” and “I eat a lot of eggs.” I’ll also drive cross country on a Harley Davidson, beginning in Salt Lake City and going west on the 80, and then north up PCH until I hit Canada. I’ll arc over Canada and come out over by Maine, wherein I’ll go down the east coast and trace the border down to Texas, after which I’ll cycle through Central and South America and catch a ferry at the bottom of Peru to London, where I’ll cycle through Europe, Russia, China, and then to Australia. Don’t worry – I’ll still blog, and you’ll be able to reach me on Facebook.

So, summing up: To make this happen, all I need is:

1. An island made of garbage in international waters that I can declare as a sovereign nation.
2. A pipeline that plumbs the center of the earth and refines crude oil as it bubbles up from the planetary core
3. An automated mechanism to pump this oil into tankers.
4. A Bank of Stallion Cornell that will collect the money and issue me a credit card that I can use for expenses.
5. A force field/ray gun combo to protect my cash cow from poachers.
6. Your mom.

If you have any of the above items, or no someone who does, please leave a comment below as to how I can gather them from you, free of charge.

Remember, this was my idea first. If anyone steals it, you know I’ll sue, don’t you?

Whose Fault Is It?
Avenge Me!