“Is Elvis a Mormon?” 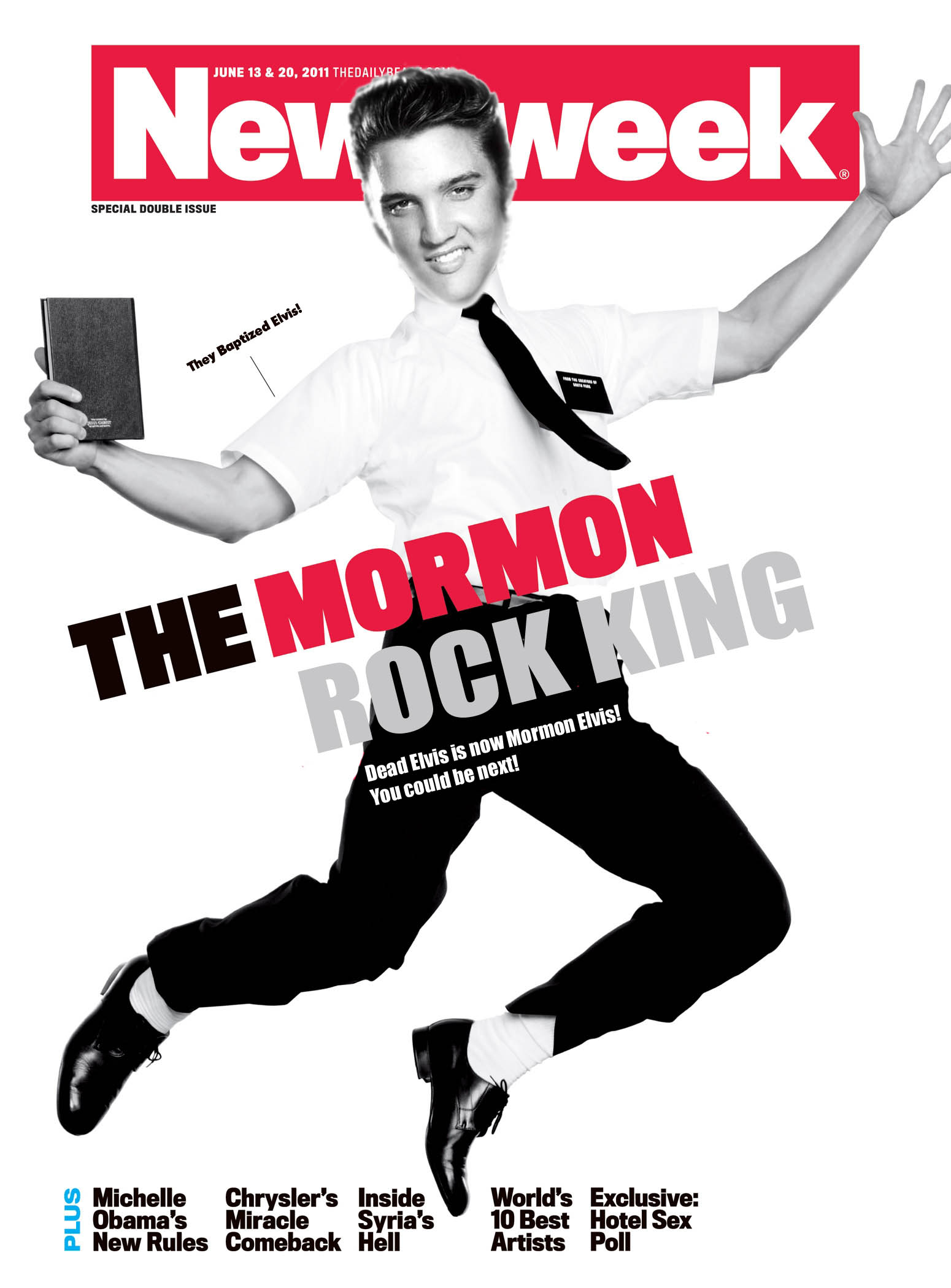 That was the screaming headline on Maureen Dowd’s column in Sunday’s New York Times. Apparently, MoDo is the first to discover a secret, controversial practice of Mitt Romney’s church. It seems these Mormons perform proxy baptisms on behalf of dead people! Isn’t that bonkers?

Yes. So bonkers that it has been a prominent part of the national political discussion since Mitt ran the first time, four years ago. So bonkers that Bill Maher recently unbaptized Ann Romney’s father and Stephen Colbert circumcised a hot dog to transform all dead Mormons into Jews. So bonkers that the proxy baptism of holocaust victims has been on the front pages of Dowd’s newspaper since it first came to light in 2002 – a decade ago.

At what point does this become old news?

I recently had a Facebook discussion lamenting the fact that Romney’s Mormonism will continue to come under fire throughout the general election, to which a liberal friend of mine responded that President Obama will never attack Mitt for his faith. I think that’s true. The reason it’s true is that he doesn’t need to. As long as Maureen Dowd can write a new column every couple of weeks about how weird the Mormons are and pretend it’s the first time anyone’s ever noticed, no elected official has to waste any time spouting anti-religious nastiness. They’ve got Dowd and Maher and Colbert and any number of wannabe pundits carrying all their water for them.

Is anyone else as tired of this as I am?

I’m not trying to reboot the discussion on whether or not the practice is offensive – I’ve wasted enough bandwidth on that subject already. I concede that that’s a legitimate discussion to have, if you really want to go there. What I find tiresome on this occasion is that Dowd et al raise the issue as if it’s the first time anyone’s noticed. She also deliberately distorts and sensationalizes the practice – the Mormons have forcibly converted Elvis, Gandhi, Marilyn Monrie, Charlie Chaplin, and Hitler! – while burying the exculpatory tidbit that the Mormons consider proxy baptisms to be invitations, not conscriptions, in the final paragraphs. These people aren’t Mormons, and they’re not recorded as such on the records of the church. If they want to become Mormons, they’re free to do so, but unless one of them comes back from the dead, we won’t know how it all turned out.

So the answer to MoDo’s snarky Elvis question in the headline is “no,” and she knows it, yet she’s not willing to offer that information up front, because it might sabotage her attempt to make Mitt look like a wack-a-doodle.

Proxy baptisms in the LDS Church have been around for over 150 years. So have Brigham Young’s racist statements, The Book of Mormon, 19th Century polygamy, and just about every other bone of contention people have with my faith that the news media seems to discover every five minutes. True, we haven’t had Mormons running for president in many of these election cycles, so none of these things have gotten the kind of national scrutiny they’re getting now. But how often are they allowed to repeat themselves and pretend they haven’t said all this before?

Just how many bites at the “Mormons-are-freaks” apple do they get?

Why Can't It Be Done, Mr. Hayes?
A Violently Bad Decision