So whenever I post something here and link to it on Facebook, the conversation all takes place over there and not here. For those of you who are not my FB friends, you should know that my earlier post today has ignited something of a firestorm.

“I quit reading after the 4th paragraph,” wrote one friend. “Not marching people into gas chambers made me throw up in my own mouth. Wish you were here so I could’ve done it in yours.”

Another friend told me that my “defense” of Steve Bannon was “close to treasonous.” (I tried to make it clear that I was not trying to defend Bannon in any way, shape, or form, as I describe him as “a thug, a bully, and a bigot.” He seemed unconvinced.) Later, the same friend insisted that “white power is entering the [W]hite [H]ouse, and anyone not enraged is complicit and Vichy.”

Which is precisely the problem and the reason I wrote that piece.

There’s a Doctor Who episode titled “Let’s Kill Hitler!” The plot involves going back in time to off the Fuehrer, but they don’t succeed. That hasn’t stopped other fictional characters from trying. The idea is the subject of movies, literature, and even comedy sketches. 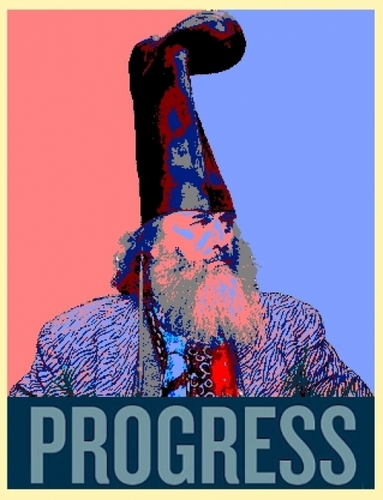 Vermin Supreme, the perennial presidential candidate who wears a boot on his head, has made “time travel research to kill baby Hitler” one of the planks in his political platform.

And why not? Who doesn’t want to kill Hitler? Furthermore, who wouldn’t be justified in killing Hitler? The Nazi dictator represents the very embodiment of human evil. There is no punishment he does not deserve, and no response to his evil would be too extreme. Taking out Hitler is not something to be left to chance. You certainly don’t arrest him or put him on trial. You strangle him with your bare hands. If you can’t get close enough to do that, then you lob grenades into his bedroom. Or you bomb the snot out of any building where he might be hiding. Yes, innocents may die, but surely that’s a small price to pay to take out the worst person who has ever lived?

Well, thankfully, Adolf Hitler is long gone. But now here comes Trump Hitler. What punishment does he not deserve? What response to his evil would be too extreme? Are you seriously thinking we should put him on trial and leave it to the system to prevent the horrors he’s about to unleash? Isn’t it time someone strangled him with their bare hands? And if they can’t get that close, wouldn’t blowing up the White House and killing Trump Hitler be an entirely justified course of action? If Trump is Hitler, than a violent response is not only justified; it’s necessary.

That leads to horror very quickly.

Again, and I can’t stress this enough, I think Trump is awful. I think Steve Bannon is awful. I think this campaign played on America’s worst fears and exploited the darkest side of who we are. Nobody should read this and presume than I’m on the side of those who wish to divide us because of what we look like or how we worship. At the same time, I’m not on the side that thinks that violence is an acceptable response to Trump’s election. I stand firmly against rioting, bombing, or any other violent response to President-elect Trump. If Trump really were Hitler, I might think differently. As it stands now, I’m with John Lennon. “When you talk about destruction, don’t you know that you can count me out.” (“Imagine” is still a sucky song, though.)

America is surely flawed, but we remain a nation of laws, and we have a system of government that is designed to thwart potential Hitlers. I think it will prove quite frustrating to President Trump, and that he won’t be able to be Hitler even if he wants to be. It is important that our response is commensurate with the actual challenge we face instead of acting like Krsitallnacht has just taken place.