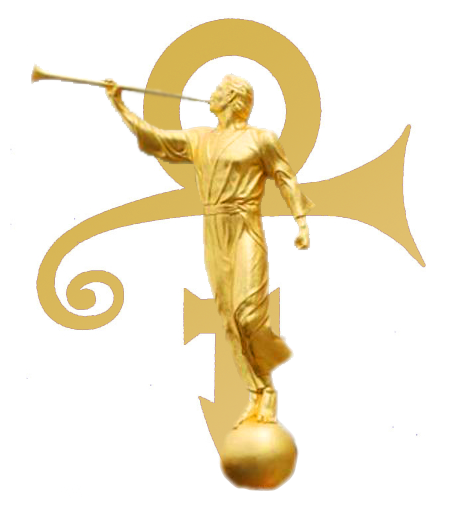 “The Lord has impressed upon my mind the importance of the name he has revealed for his church, even The Church of Jesus Christ of Latter-day Saints.”

So said President Russell M. Nelson, President of said church, the one with the unwieldy name that will never enter common parlance, because The Church of Jesus Christ of Latter-day Saints has eleven syllables, and “Mormon” only has two.

But that’s not going to stop us from going to war against nearly two centuries of colloquial speech. “We have work before us to bring ourselves in harmony with his will,” President Nelson said. “In recent weeks, various church leaders and departments have initiated the necessary steps to do so. Additional information about this important matter will be made available in the coming months.”

That information will likely include the fate of mormon.org, the “I’m a Mormon” media campaign, and, of course, the Mormon Tabernacle Choir, all of which are at the forefront of Church communications and, apparently, out of harmony with the will of the Lord. “LDS” is now verboten, too, which is a problem, as LDS.org is the LDS Church’s official website – oh, wait, I mean the official website of The Church of Jesus Christ of Latter-day Saints.  Having invested billions of dollars to define the word “Mormon,” we will now engage in a Quixotic attempt to keep people from using a word we’ve labored to define since 1830, and which we will now try to pretend doesn’t exist.

Call me faithless if you want to, but I just don’t get it.

It’s not like we chose the label “Mormon.” It was inflicted on us by our critics, and there was no escaping it. (The same is true, incidentally for the label “Christian” in the New Testament, as Acts 11:26 makes clear.) Eventually, we embraced it, and it became part of our identity. Every attempt to purge it from who we are has failed miserably, and this latest attempt, even though it has the imprimatur of revelation and the will of the Lord, is likely to fail, too.

And now, a story.

The talk was probably the most powerful message of President Benson’s entire tenure in the Church, and I recommend its contents to you without qualification. The problem was that it included the following paragraph:

In the scriptures there is no such thing as righteous pride—it is always considered a sin. Therefore, no matter how the world uses the term, we must understand how God uses the term so we can understand the language of holy writ and profit thereby.

Nothing wrong with that, right? After all, language changes considerably over the years, and how a word is used in holy writ is not always compatible with how it is used in colloquial speech. The word “charity,” for instance, is seldom used in conversation the way it is employed by Paul in the King James translation, and most modern versions of the Bible render the word as “love” instead. The fact that the scriptures don’t ever have Mosiah telling his son Ammon, “Hey, look at all those arms you cut off! I’m proud of you, kiddo!” doesn’t mean that using the word in that context is a violation of God’s will.

I was sitting in a sacrament meeting in Galashiels, Scotland, when a visiting member of the High Council of the local Mormon congregation – I’m so sorry, I mean the local congregation of The Church of Jesus Christ of Latter-day Saints – referenced President Benson’s talk and made it clear that the primary message he had received was the word “proud” was now not to be used in any positive context. Now when his kid came home with a good grade, or, say, he chopped off a lot of arms, he would say he was “pleased,” not “proud.”

I thought this was just one guy, but in the weeks, months, and even years to follow, I sat through scores of sermons where “pleased” became the preferred synonym for “proud.” It wasn’t until 2010 – 21 years later! – when Dieter Uchtdorf made me pleased to say “proud” again.

“For a while it almost became taboo among Church members to say that they were “proud” of their children or their country or that they took “pride” in their work,” President Uchtdorf said. “The very word pride seemed to become an outcast in our vocabulary.”

Gee, ya think? But then President Uchtdorf set the record straight:

I am proud of the youth of the Church, and I rejoice in their goodness. I am proud of you, my dear and faithful brethren. I am proud to stand shoulder to shoulder with you as a bearer of the holy priesthood of God.

He was also the first member of the First Presidency to admit to drinking Diet Coke. Bless him.

The “proud” taboo, however, was largely due to a misunderstanding of a prophet’s intent, not a direct prophetic decree. President Nelson seems quite serious about this, and I fully expect we’re going to hear about this in October as we devote a great deal of time and energy to undo centuries of prophets lauding Mormons, Mormonism, LDS stuff, and all the shibboleths we’re no longer supposed to say.

I fear a worst case scenario where this becomes the central focus of our attention, and the dawn of a sort of pharisaical uneasiness where anyone who slips up and says “Mormon” will be judged as being critical of the prophet. But the word has too much history and is too easy to use for the world to comply, and eventually, maybe 21 years later, an apostle will call himself a Mormon in a Conference talk, and it will all be over.

Or maybe not. Another thought comes to mind.

Mormons – what am I thinking? I mean members of The Church of Jesus Christ of Latter-day Saints – conduct official business under the authority of what’s commonly called the “Melchizedek Priesthood.” But as D&C 107 makes clear, that’s not what it’s actually called.

1 There are, in the church, two priesthoods, namely, the Melchizedek and Aaronic, including the Levitical Priesthood.

3 Before his day it was called the Holy Priesthood, after the Order of the Son of God.

4 But out of respect or reverence to the name of the Supreme Being, to avoid the too frequent repetition of his name, they, the church, in ancient days, called that priesthood after Melchizedek, or the Melchizedek Priesthood.

So, to summarize, to avoid frequent repetition of the name of Deity, they chose to give the most important priesthood that had a long, unwieldy name a nickname instead, referencing a great prophet whose moniker also coincidentally began with an M.

Aren’t we making precisely the opposite move here?

The more I think about this, the more frustrating it is. We’ve already spent a whole lot of your tithing dollars on the word Mormon – if this was upsetting to the Almighty, it would have been nice to know that prior to buying so much network TV time. And now we’re going to spend millions of dollars to try to go to war against two centuries of colloquial speech?

And this is the most pressing issue facing the Church today?

Now don’t get me wrong. I have learned that “sustain” does not mean “agree,” and I sustain President Nelson and will do my best to comply with his plan here, even though I think it is more than a little goofy. I just worry that the imprimatur of revelation – “the Lord has impressed upon my mind” – is likely to try the faith of many who will become discouraged when the word “Mormon” refuses to conveniently slide down the memory hole.

We’re being set up for failure. Because no matter how many times we say The Church of Jesus Christ of Latter-day Saints – too frequent repetition of the Lord’s name, anyone? – the fact remains that “Mormon” isn’t going to go away. And I hope we don’t have to wait 21 years to realize that.