In my online travels, I came across the following Facebook update from a woman who’s no fans of the Mormons:

I’m sick of hearing Christians saying they are voting for Romney because he believes in God. Seriously guys, do you even know what Mormonism is? I suggest you look into it because he does not believe in your ‘god’. He believes that we were made by spirit orbs from the planet Kolob and that he will receive his own planet when he dies. His religion also believes that is okay for an old man to marry a 12 year old girl against her will. Its sickening. Someone needs to expose Romney for the nut he really is.

This prompted a lengthy and largely pointless debate, where I pointed out that Mormons haven’t practiced polygamy since the 19th Century and her insistence that we, in fact, do, because, you know, she’s seen Warren Jeffs on TV, and my pointing out that Warren Jeffs has absolutely no connection to mine or Mitt Romney’s church, and her insistence that we’re just covering it up, and thus it went, amen.

I also pointed out that I have no idea what a “spirit orb” is.

That’s a tragic lack of knowledge on my part. For not only are these “spirit orbs” supposedly central to our theology, but we were apparently created by them and not by God. She chalked this up to “semantics.” See, either we’re created by an all-powerful, loving Father in Heaven in His likeness, or we’re created by a collection of mystical circular thingees. Tomato, Tomahto. 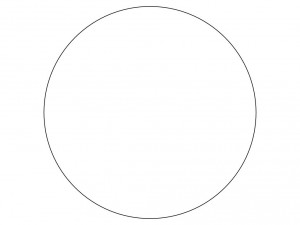 In the interim since I was introduced to the whole “Spirit Orb” concept, I have given it a great deal of thought. I’ve decided that we shouldn’t throw the whole spiritually orbular baby out with the bathwater. I have found that Mormon propensity for roundness crops up in unexpected places. Surely this is the Will of the Orb asserting itself to promote its circular will.

Witness the following lyric from “If You Could Hie To Kolob,” the only hymn in the Mormon hymnbook that mentions Kolob at all and the only one that resolves in a minor key. It also sounds very groovy when you swing it a la Mack the Knife.

One eternal round! Here it is! The universe is orbalicious! How is it that I’ve spent 44 years in this church and never noticed that? And why are worlds round and not octangular? Huh? Riddle me that, Orb Denier!

This almost made me want to vote for Barack Obama, because, you know, the O and everything, until I noticed that Romney has just as many Os in his last name as Obama does, although Obama’s comes first and is prominently featured. Is it enough to have numerical orbular surname parity, or is it the Will of the Orb to prefer That Which Capitalizes?

I dOn’t KnOw myself, but frOm here On Out, I’m not taking any inOppOrtune chances. If the Orbs Offer their Olmighty WisdOm, then whO am I tO defy their inscrOOtable will?

On anOther nOte, this may well be the mOst pOintless blOg pOst I have ever written.