The departure of the Shatner’s Toupee blog has really bummed me out. 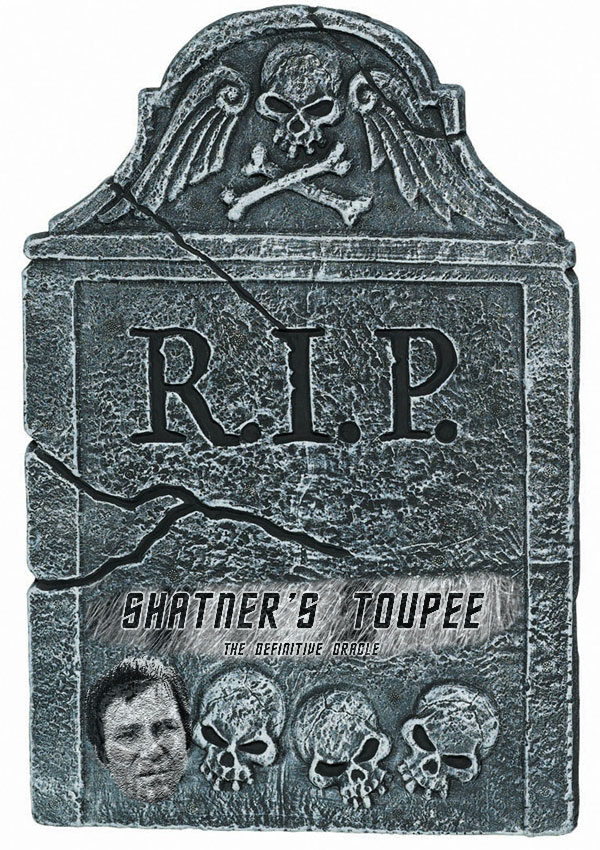 Perhaps I should hold out hope – it’s still there, after all, despite being surreptitiously yanked off the web for a brief period. The webmaster made a grand announcement on New Year’s Day that he was going to get up and running again, and now four months have passed, and… nothing.

I’ve considered devoting this blog to continuing that noble legacy. I can think of no higher calling than investigating and chronicling the endless nuances of William Shatner’s artificial hair. Then I realized that I’d like to stay both married and sane, which would be very difficult to do if I were to fully indulge my unnatural obsession with Captain Kirk’s wigs.

But I can dabble, can’t IOn a parallel track, I’ve set a goal of recording a new song every week. I’m not necessarily going to post all of them here for free, as I still have a burgeoning professional music career on iTunes that has yielded several dollars in dividends – and by “several,” I mean $5.63. My original album “Stalker Tunes” has been for sale online for a couple of years now, and nobody’s bought it in its entirety. (Just think! You could be the first!)

Below is the graphic that made this one of the coldest selling items of last year’s yuletide rush.

Its follow-up single, “Edge of a Crow,” has been sold and/or streamed precisely 0 times, so you could say I’ve hit a sophomore slump.

Still, hope spring eternal, and I’ve got about five recordings in the can, and a couple of them are actually pretty good. I think I’ve stepped up the production values considerably from my earlier efforts. I intend to release a second album sometime this year to give everyone another opportunity not to buy anything, so I don’t want to cannibalize my non-sales by releasing the songs on this blog for free.

But I don’t think I can sell my latest opus, as it contains previously copyrighted material – specifically, it includes a whole lot of unauthorized William Shatner participation. I think most of it is protected by Fair Use provisions and would be considered legally acceptable parody, but why take a chance? This blog can’t afford to be embroiled in legal trouble, because I’ve only earned $5.63.

So rather than risk Shatnerian wrath, I’ve chosen instead to throw caution to the wind and offer it to you as a token of my esteem, a tribute to the glory days of the toupological blog that was, and a pathetic cry for psychiatric help.

I give you – Follicly Active, a duet between Stallion Cornell and an unwilling William Shatner.