So yesterday was Chik-fil-A Appreciation Day, at least according to Mike Huckabee. (That sealed the deal for me. If Satan’s Brother wants me to eat Chik-fil-A, then it’s time for a Big Mac.)

So, with that said, I thought I’d get all controversial again.

In 1989, the controversial children’s book “Heather Has Two Mommies” introduced elementary school students to the idea that two mommies provide just as good an arrangement for raising children as a mommy and a daddy. Over two decades later, ABC’s sitcom Modern Family has introduced the world to a young girl named Lily, who is being raised by two loving and committed daddies. But recent studies have demonstrated that both Heather and Lily’s circumstances are atypical not just because their parents are gay, but because they have two of them.

A recent study published in Social Science Research discovered that, on average, children of gay parents face with worse financial, emotional, and physical circumstances than those raised in homes with a married mother and father. It’s drawn a tremendous amount of fire from gay rights activists, who point out that it’s familial instability, not sexual orientation, that produces these negative results. I think they’re probably right. If you were to compare Modern Family’s Cameron and Mitchell to any given pair of straight parents, you probably wouldn’t see a lot of variation in childrearing outcomes. But one telling piece of data that this study reveals is that the Camerons and Mitchells of the world are pretty few and far between.

One would be hard pressed to find that reality reflected in popular culture. 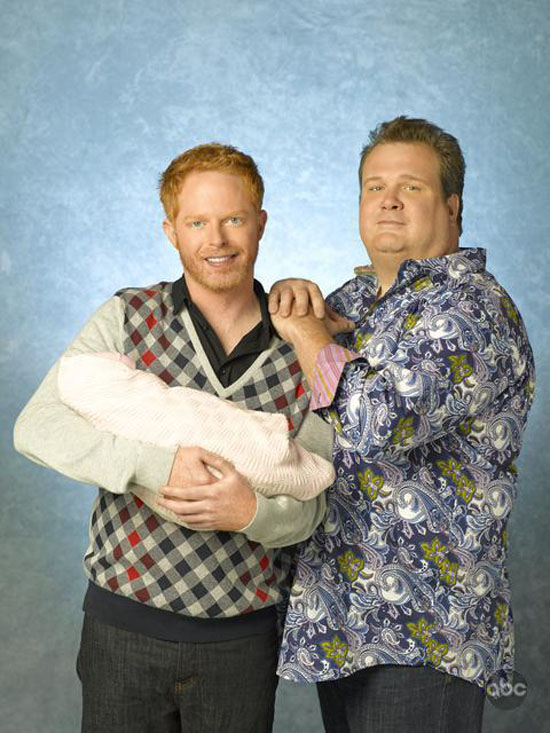 As it stands, Heather’s two mommies are in it for the long haul, and Lily’s two dads structure their lives to dote on their daughter. The implicit message is that “modern” families are no different than traditional families, and characters in these stories that question that premise are depicted as ignorant and hateful bigots. Sadly, the facts of the matter are far thornier than the conventional wisdom suggests. Heather and Lily’s circumstances may be idyllic, but they are not representative. They are remarkably rare exceptions.

Critics of the study have argued that it doesn’t demonstrate a direct correlation between a parent’s sexuality and any negative outcomes for their children. They’re right; it doesn’t. It does suggest, however, that gay parents are likely to bring multiple sexual partners into their homes and, consequently, into the lives of their kids.  That creates an environment of instability and uncertainty for children who are looking to find a secure haven amid the challenges of growing up.

When gay parents prove to be temporary parents, that produces bad results. That’s true of straight parents, too.  It should be conventional wisdom that temporary parents with no significant connection to the children they’re raising are a bad idea, regardless of their sexual preferences. Our culture and our institutions should be designed to encourage permanent parents who are deeply invested in their children’s happiness.

Therefore, rather than rail against the study’s findings, gay rights advocates ought to embrace the real lessons of this data and pursue the argument that gay marriage would encourage more Camerons and Mitchells and make sure Heather has two mommies throughout her childhood. That’s one of the main purposes of marriage, and, indeed, the only secularly persuasive argument against gay marriage is that children ought to have a mom and a dad.

I’d be heartened to see more gay marriage proponents who see same-sex marriage as an inalienable right recognize the critical child-rearing responsibility that goes along with it.