I’ve never really understood the expression “pet peeves.” I love my pets. I don’t love my peeves. But I have a lot more peeves than pets. So, that said, here are some things bugging me at the moment.

1. I just read this article, where Ordain Women leader Kate Kelly comments on podcaster John Dehlin’s likely excommunication from The Church of Jesus Christ of Latter-day Saints. She asserts that Dehlin “is facing a church trial for supporting marginalized Mormons and the ordination of women.”

This is factually inaccurate.

The LDS Church keeps strict confidentiality about the reasons for its discipline, yet Dehlin has chosen to publish the letter from his Stake President that specifically outlines why he faces excommunication. (I don’t want to link to it, as I have no interest in sending any traffic Dehlin’s way, but Google will back me up on this.) The letter does not mention, either directly or indirectly, Dehlin’s support for the ordination of women or support for marginalized Mormons as reasons for discipline. It does mention the fact that Dehlin has very publicly and repeatedly rejected every foundational truth claim upon which his church is built. Specifically, John Dehlin has repeatedly and publicly stated that he believes there is no God, that Jesus was not only not the Son of God but that he likely wasn’t even a historical figure, and that Joseph Smith and the Book of Mormon are both abject frauds.

I wish John Dehlin no ill will, and I think he is entirely welcome to believe what he wishes. It so happens that I have many friends who believe there is no God and no Christ, that Joseph Smith was a con man, and that the Book of Mormon is 19th Century fiction. In fact, there are many fine people believe such things, so John Dehlin will find no shortage of companions and allies who share his point of view. I am not even remotely upset that he believes these things, and his difference of opinion with me is not at all peeve-worthy.

The people I know who believe the things John Dehlin believes are not Mormons. They have no desire to be called Mormons. They certainly don’t expect that a church filled with Mormons should endorse their belief that Mormons are part of a massive theological delusion. Yet, somehow, Dehlin – and Kate Kelly, if this article is to be accepted at face value – both think The Church of Jesus Christ of Latter-day Saints should allow people to remain members of said church while they are publicly and passionately fighting against it. On his website, Delhin himself puts it this way:

“One can be Mormon or claim a Mormon identity without necessarily adhering to the teachings or doctrines of any religious organization. We can retain the label ‘Mormon’ but remake it and redefine it in the public mind as a mere cultural label.”

Or, in other words, John Dehlin does not wants to stay Mormon so much as he wants to fundamentally change what a “Mormon” is.  He is not trying to stay a member of the church; he is demanding that the entire church declare itself meaningless. Were he to succeed, he would diminish what it means to be Mormon for every Mormon on the planet.

This peeves me to no end.

The church welcomes a much wider diversity of thought than Dehlin and Kelly suggest, but it should not and cannot continue to accommodate those who are actively working to destroy what it means to be a Mormon. Whether or not his name is on the church’s membership records is largely irrelevant at this point. It’s obvious that John Dehlin has made the decision not to be a Mormon, and he doesn’t get to avoid the consequences of that decision by making all Mormons less Mormon in the process.

Yeah, great. Just another instance of Glenn Beck not letting the truth get in the way of a good story. Not sure this is as deliberate as when he manufactured a meeting with my father out of thin air, but Willis C. Hawley of Smoot-Hawley Tariff fame wasn’t a Mormon. And he was from Oregon, not Utah. So when our pal Glenn complains about Utah Mormons mixing politics and religion and cites a non-Mormon and non-Utahn as one of his key examples, he’s once again making stuff up.

Good heavens. So, SO peeved.

To hear this man complain about mixing Mormonism with politics is to witness a white flash of hypocrisy so potent that it could make Spock go blind. 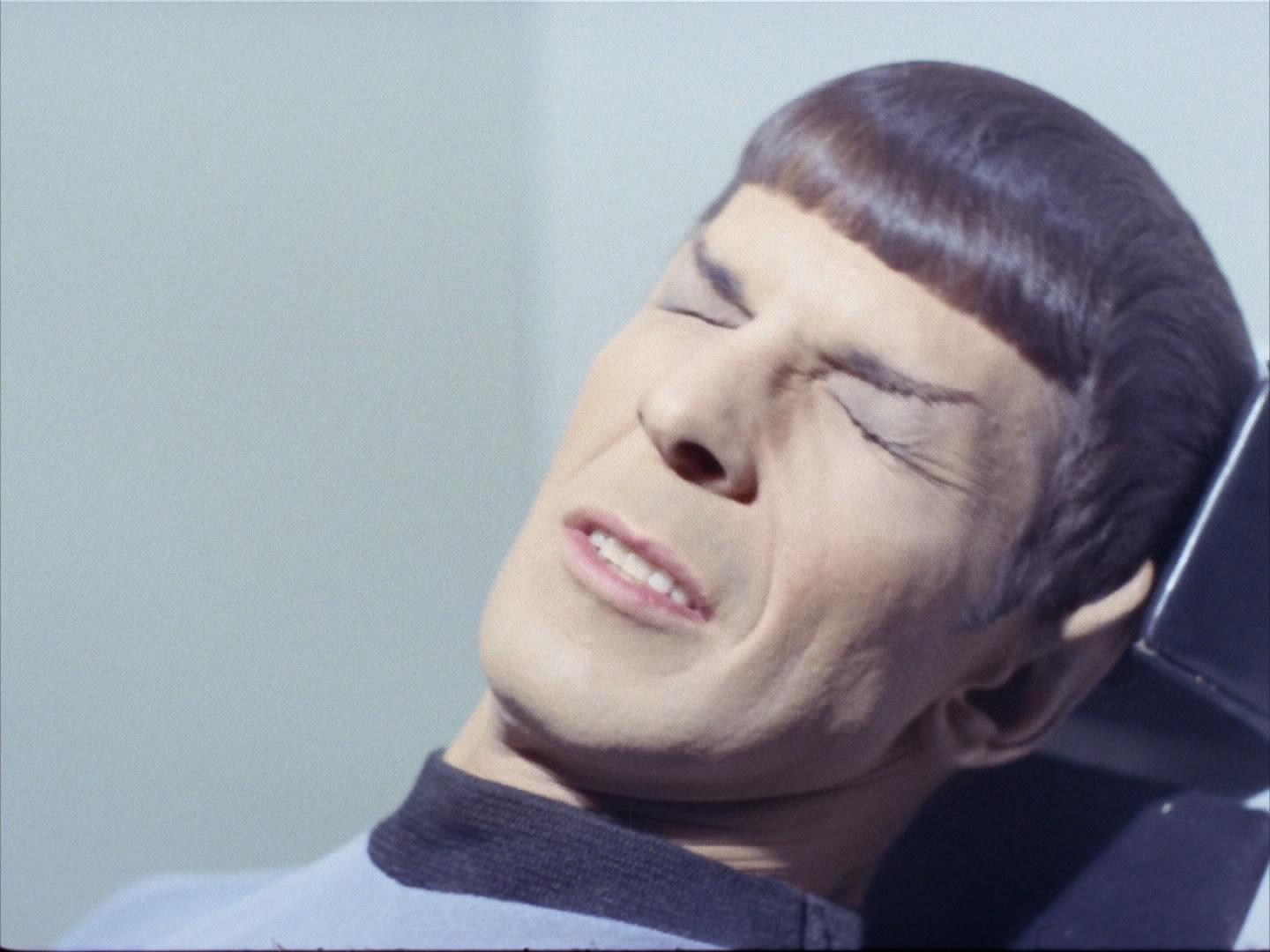 (That above image is from the episode “Operation: Annihilate” in which Spock goes blind during an experiment designed to keep people from being murdered by flying pancakes made from plastic vomit. Look it up.)

Beck is famous for predicting ridiculous things, so I don’t feel bad about making a few Beck-centric predictions of my own. Prior to his “Utah-Mormons-like Willis-Hawley-are-socialists” rant, Beck made cryptic rumblings on his Facebook page about a “crisis of faith” that involves rejecting “men of the cloth” in his own church.

Now, I have no hard evidence for what I’m about to say, but if Glenn Beck has taught me anything, it’s that evidence is the enemy of wisdom.

I think it likely Glenn Beck has had a negative experience with one of his local church leaders, perhaps a bishop, who, hopefully, asked him to tone down the apocalyptic hooey and stop saying dishonest and/or crazy things. Given that Beck’s instability correlates directly with his messianic delusions, I think he’s currently chafing at the limitations of reasonableness imposed by church membership. The day is not far distant when Beck parts company with the Mormons in order to have an unfettered hand to practice his unique brand of moonbattery, which will likely lead to him becoming an outspoken enemy of the church to which he now belongs.

You read it here first.

3. I have other peeves but I’m tired of writing. So you only get two peeves. But that’s more than you had before I started, so don’t get all peeved on me.

Wrong about being wrong
Brian, Beck, and Bitterness