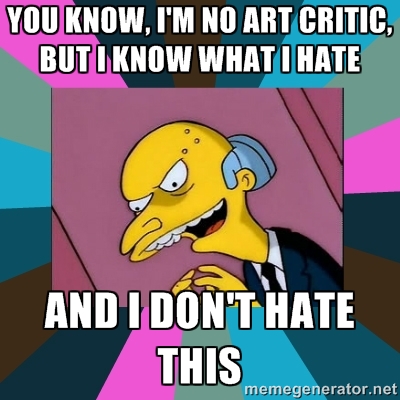 I’d never heard of Caitlin Flanagan. Apparently, she’s an editor at The Atlantic who was raised in a home where voting for Democrats was more than mandatory.

That quote is an excerpt from her brilliant Time Magazine piece called “Why This Democrat Won’t Be Voting for Hillary Clinton.” It’s a devastating critique of Hillary’s history of destroying the women who dare to come forward with tales of Bill Clinton’s sexual predations. For decades, I have been waiting for feminists to catch up with their principles and recognize the Clintons for who they really are. And now, finally, this is beginning to happen.

And I have Donald Trump to thank for it.

With a single tweet, Trump reintroduced Bill and Hillary’s sordid history into the national dialogue, and the name “Juanita Broaddrick” has actually been uttered in their presence by people who live outside the right-wing echo chamber. I had given up hope that this was possible, yet The Donald made it happen without even breaking a sweat. And I can’t help but be grateful.

I want to make sure I am not misunderstood here, so I have to dump a boatload of caveats on you before I say what I’m going to say. I think Donald Trump would, at best, be an absurd president, and, at worst, a terribly destructive one. His immigration proposals are racist, reactionary, and largely ridiculous. He has no real ideological convictions to speak of, and he doesn’t seem to have any interest in the real work of governance or respect for its constitutional constraints. His election would essentially dismantle the Republican Party and set back the conservative movement by a generation or two. I will not vote for him under any circumstances, and if he and Hillary are my two choices, I’m sitting this one out.

Okay? Caveats out of the way? Good. Here’s the point I want to make:

I don’t hate him.

Understand what this means. There are many political figures who make my blood boil just by showing their smug little faces on a TV screen. The Clintons certainly top that list, but this odious group draws its membership from both the left and the right side of the aisle. Whenever Ted Cruz opens his smarmy, self-satisfied mouth, for instance, I have an irrational urge to pound my fist into it, even if he’s saying something somewhat reasonable.

That’s important to note here. My visceral negative reaction to politicians does not directly correlate with whether or not I agree with them. For instance, I oppose Barack Obama on just about everything, but I consider him to be a decent man, so he doesn’t make me want to shoot out the television screen every time his face pops up. Ditto Bernie Sanders. I think he’s a buffoon peddling utopian nonsense, but he’s a kind-hearted and well-intended buffoon. Just being wrong isn’t enough to provoke my ire. You have to be a sanctimonious, hypocritical jerk, too.

You know, like someone named Clinton. Or Ted Cruz. Or Glenn Beck. Or Michael Moore. Or Nancy Pelosi. Or Rosie O’Donnell.

But not, for some reason, Donald Trump.

I realize this doesn’t make a lick of sense. Trump’s practically a mobster, and if my criteria for political loathing were in any way consistent, my stomach should turn every time I catch a glimpse of him. But it doesn’t. Instead, he makes me laugh. I find I want to listen to him just to find out what outrageous thing he’s going to say next. When I DVR the Republican debates, I fast forward through all the boring political boilerplate being spewed by the real candidates and focus on Trump’s far more ludicrous answers.

I tell you this not just to confess my secret shame, but rather to make a larger point.

Even though I’ve deliberately tried to disconnect from politics these past few years, I can never fully step away. I therefore retain a certain set of ideological convictions that prevent me from ignoring Trump’s grotesque excesses just because the guy is entertaining.

But most of America isn’t so ideological. And I don’t think that’s a bad thing. I actually envy people who can go about the important business of their lives and pay little or no attention to the squalid sideshow of politics. Good for them.

Remember that they also won’t view him as a traditional Republican – again, the Trump brand has more power than the Republican brand, which means people who would typically never imagine voting for a Republican will imagine voting for Trump. These are not people who obsess over every bit of political trivia and wake up in the middle of the night to write blog posts about it. No, these are people who, on Election Day, will be voting with their gut, not their brain, and all things being equal, guts go with the one that’s harder to hate.

Is that Hillary or is that Trump? Your brain and your gut are now telling you two different things, but you know what the answer is.

In all Patience and Faith
True and Living