It’s been suggested by many that Barack Obama is simply filling out Jimmy Carter’s second term. If that’s the case, it’d be nice if he were term-limited, but, alas, the Constitution is silent on the election eligibility of ideological soulmates. Can the nation survive three terms of Carter/Obamism? We’re about to find out.

I met Jimmy Carter in 2010, in a manner of speaking. Three days before George W. Bush had a gargantuan line snaking around my local Costco filled with people waiting for him to sign his book Decision Points, Carter came to the King’s English bookstore in Salt Lake City to sign copies of his newly released White House Diary.

Unlike the Bush signing, where the only people who got their books autographed were those who had camped out the night before, it took about five minutes to get from the end of the Carter line to the front. Even so, security was ridiculously tight. We weren’t actually allowed to speak to Pres. Carter, shake his hand, or even look at him. No, that’s not true. We were allowed to gaze upon him from a safe distance while he signed our books in silence. We got about five seconds of gawking time before his goons herded us out the door. All I have to show for it is an illegible scrawl and a really bad book. 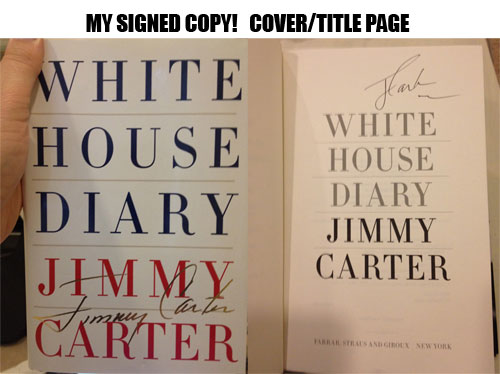 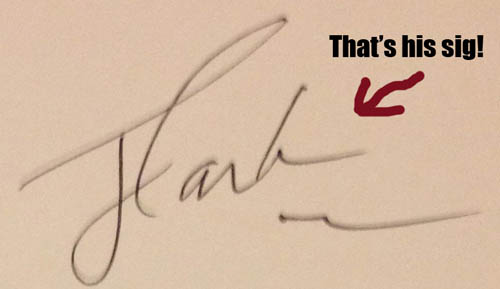 Carter is revered by many for being “the best ex-president in history,” and even those who disagree with his politics often praise his character and integrity. I used to be one of those. After reading this book, I’m not so sure anymore.

I’ve written extensively about how liberals go out of their way to label conservatives as imbeciles, while overlooking the plentiful stupidity in their own ranks. I think they may have learned this particular trick during the Carter years. At every opportunity, Carter makes churlish, peevish remarks about conservatives he considers his intellectual inferiors, reserving his heaviest disdain for the man who cleaned up after him, Ronald Reagan.

When Reagan rhetorically pounded the stuffing out of Carter in their debate, Carter chalked it up to the fact that Reagan “has his memorized tapes. He pushes a button, and they come out.” Reagan, according to Carter, apparently wasn’t intelligent enough to formulate arguments on his own; hence his need to “memorize” the programming that is given to him by smart people. His contempt for Reagan oozes out of every mention of the man.

Consider his observations of Reagan’s inauguration, as the defeated president and the president-elect drive in a limousine to the capitol steps.  Reagan tries to make engage in light conversation, and Carter snidely notes that his “anecdotes… were remarkably pointless.” He sums up his condescension of his vastly superior successor thusly: “I consider him to be affable and a decent man, remarkably old in his attitudes. His life seems to be governed by a few anecdotes and vignettes he has memorized. He doesn’t seem to listen when anybody talks to him.”

That’s unlike Carter, you know, who is so ideologically malleable as he steps on the foreign policy of every president that has come after him.

(In case you didn’t notice, I was being sarcastic.)

So Carter thinks Reagan was a pleasant-but-mindless automaton, yet somehow that tape-recorded, senile blockhead managed to reenergize the economy and win the Cold War. Go figure. Ol’ “Jimmah” must be pleased that today, somebody almost smart as he thinks himself to be has arrived to finish the job of institutionalizing the national malaise that is the hallmark of the Carter legacy, along with a collapsing Middle East and breathtaking economic incompetence.