So it’s Thursday. I haven’t written a post since Monday. I’m going to be traveling tomorrow. So this is my one shot to write something profound to take you into the weekend – and beyond.

The problem is that all the pressing issues of the day are really tiresome. Is there anything left to say about the Trayvon Martin case other than everything everyone though initially was wrong, and that NBC reallyneeds to fire somebody? Golly, with Mitt solidly on the road to 1,114 delegates, Rick Santorum ought to drop out like Newt Gingrich did. (What? Gingrich is still in the race? How can you tell?) President Obama is now saying it would be “unprecedented” for the Supreme Court to strike donw an unconstitutional laws, which is true if you pretend there aren’t any precedents. And blah blah blah blah blah…
No, what I really want to talk about is this, perhaps the worst idea in rock and roll ever.

Paul [McCartney]’s son, 34-year-old singer/songwriter James McCartney, told the BBC that he’d be up for forming a band with some other musically inclined Scions of the Fabs. The group could be called “The Beatles—The Next Generation,” the BBC interview helpfully suggested.

Yes, that’s right. The kids of the Beatles are threatening to form their own band. Just as Iran should never be allowed to gain a nuclear weapon, the civilized world must stand united to ensure that this abomination never happens.

In the first place, have you seen James McCartney? 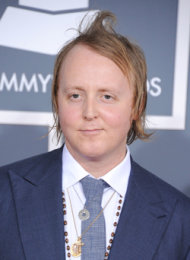 He looks like some kind of kewpie doll gone to seed. 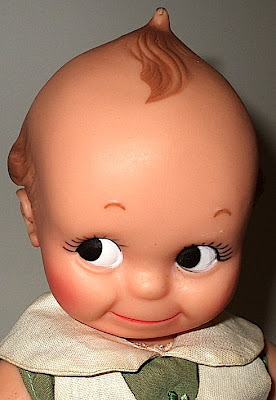 Then there’s George Harrison’s hippie kid and Sean, spawn of Yoko. Can Yoko Ono DNA coexist with any band associated with the Beatles? Behold, I say unto thee, nope! Fortunately, none of Ringo’s kids are up for it, which means probably Ringo himself would have to sit in, as he doesn’t have anything better to do.

I cannot define why this idea is so colossally sucky, but if you search your feelings, you will know it to be true. It’s terrible for the same reason that Bill Murray won’t do Ghostbusters 3. Terrible like the upcoming Triplets movie with Arnold, DeVito, and Eddie Murphy will be terrible. It’s terrible for the reasons why Blues Brothers 2000 was a crime against nature. Its terrible because James McCartney said this:

[Growing up, I] dreamt of being better than the Beatles. I’m not sure if I can do that. If anything, I would love to be equal to the Beatles— but even that’s quite tough.

Really? It’s “quite tough?” Not at all! I did it last Thursday. Rosie O’Donnell does it every day of the week. Oprah can do it when she passes gas in her sleep – and she passes a lot of gas, let me tell you! Everyone can be equal to the Beatles. All it takes is a little bit of elbow grease, perhaps a handful of some hallucinogenic drugs, and a fierce defiance of reality.

Gaaargh! Why do I live in a world where people can even think of these kinds of things?

On the plus side, however, Keith Olbermann is unemployed. Maybe he can be the drummer. I’d pay to see that.

Me Am Conservative
Laughing at/with Mitt